Another Shape Of My Heart - 1 Track CDS - Promotional Release - DK 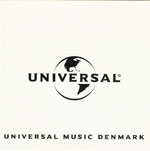 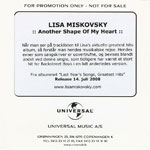 
The only single from the "Last Year's Songs" album. This single does not exist... This song was only

released on the album and as a single in digital form and not as a physical CD single. I talked to the

only send out promotion songs digitally to radio stations etc. Not so fun for a record collector...

And then I stumbled over this CDS... But as I, Stockholm Records and Universal says : It doesn't exist... ;)